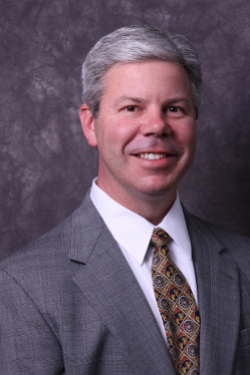 MICHAEL P. MILTON is a Partner and Shareholder in the firm who devotes his practice to litigating in the areas of personal injury, wrongful death, maritime/admiralty, products liability, and transportation cases.

Mr. Milton was born and raised in Jacksonville. After graduating from Mercer University School of Law, he was admitted to The Florida Bar, the U.S. District Court, Middle District of Florida and the United States Court of Appeals for the Eleventh Circuit in 1998. In 2002, he was admitted to practice before the United States Supreme Court. He has represented both plaintiffs and defendants in all areas and has successfully handled and argued cases in both state and federal trial and appellate courts.

Mr. Milton is a member of the National Association of Railroad Trial Counsel, Southeastern Admiralty Law Institute (Port Director, 2003-present), the Maritime Law Association and the Jacksonville Bar Association. In 2001, Mr. Milton was selected as an associate in the Chester Bedell Inn of Court, an organization dedicated to improving ethics and professionalism among trial lawyers. Mr. Milton is also actively involved in numerous civic and charitable organizations within the community.

Mr. Milton holds an “AV” Peer Review rating (the highest rating possible) from Martindale-Hubbell, the world’s oldest attorney rating system in recognition of his highly regarded legal skills and professional ethics. In 2009, Mr. Milton was named as a Rising Star by Super Lawyers of Florida.

Mr. Milton and his wife, Julie Anna, have three children and live in the Southside area of Jacksonville.