Our Attorneys | Joshua A. Whitman 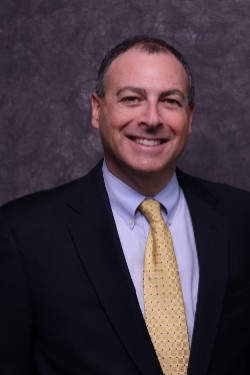 JOSHUA A. WHITMAN is a Partner and Shareholder in the Firm. Mr. Whitman has continuously qualified as a Board Certified Civil Trial Lawyer since 1990 and, in 1998, he was appointed to serve on The Florida Bar’s Civil Trial Certification Committee. This Committee is charged with screening applicants for certification, and with authoring, administering and grading the examination required to become a Board Certified Civil Trial Lawyer. Mr. Whitman served as Vice-Chair of the Committee in 2001. He has also been Board Certified by the National Board of Trial Advocacy since 1991.

Mr. Whitman limits his practice to personal injury, wrongful death, medical malpractice, products liability, and insurance cases. He has extensive experience in medical malpractice cases, and in cases involving commercial transportation, particularly interstate trucking. Mr. Whitman received his Bachelor of Science Degree from the University of Florida College of Business Administration in 1980. In 1984, he graduated with honors from the Florida State University College of Law, where he taught Legal Research and Writing, and was a member of the Moot Court Team. He first served on the Alumni Board of the College of Law in 1988, and is a member emeritus.

In 1999, Mr. Whitman was inducted into the American Board of Trial Advocates (ABOTA), a national organization comprised of an equal number of plaintiff and defense attorneys dedicated to civility and professionalism, and the promotion and preservation of the civil jury trial system. He has served on the organization’s National Board of Directors since 2007, was appointed to serve on the National Executive Committee in 2010, and was elected National Treasurer for the years 2012 and 2013. He is past Chair of the organization’s Long Range Planning Committee, Chapter Relations Committee and Judicial Relations Committee. Mr. Whitman has served as the Jacksonville ABOTA Chapter Treasurer (2002), Vice-President (2003) and President (2004). At the conclusion of his term as ABOTA Chapter President in 2004, the Jacksonville Chapter was recognized as the National ABOTA Chapter of the Year. In 2008, Mr. Whitman was honored as ABOTA Chapter Trial Lawyer of the Year and, in 2015, he received the President’s Award recognizing his commitment to the preservation of the Seventh Amendment. Mr. Whitman also serves on the Board of Directors of the Florida Chapters of the American Board of Trial Advocates (FLABOTA), an organization made up of the eleven Florida Chapters of ABOTA, and has served as its Treasurer (2005), President-Elect (2006) and President (2007 – 2008). Mr. Whitman chaired FLABOTA’s 2008 Regional Jury Summit in Palm Coast, Florida, and ABOTA’s 2009 National Jury Summit in San Francisco, California. He went on to Chair ABOTA’s 2011 National Leadership Conference in New Orleans, Louisiana. Mr. Whitman is a Legacy Fellow of the Foundation of ABOTA, the organization’s educational arm, and has participated in and chaired numerous ABOTA educational programs.

Mr. Whitman has also served the Jacksonville Bar Association, where he was Plaintiff Co-Chair of the Personal Injury Litigation Section from 1996 through 1998. Mr. Whitman is also a member of the Florida Justice Association, where he has been an Eagle participant since 1989, and is a past recipient of the Talon Award. He was elected to the organization’s Board of Directors in 2003, serving for two terms and chairing various fund-raising efforts. Mr. Whitman was also a founding member, and the Charter President, of the Jacksonville Justice Association. He is a member of the American Association for Justice. As a Barrister member of the Chester Bedell Inn of Court, Mr. Whitman has served on the faculty of the Inn’s Trial Academy. He also is an invited member of the International Society of Barristers and the Million Dollar Advocates Forum. In 2006, Mr. Whitman was named as a Super Lawyer of Florida in the first edition of that publication, and has continuously held that distinction. Every year since 2009, Jacksonville Magazine has included Mr. Whitman as one of Northeast Florida’s “Top Lawyers”. Also active in his local community, Mr. Whitman was selected to the Leadership Jacksonville Class of 2003.

He and his wife Elyse live in the Southside area of Jacksonville and have three adult children.