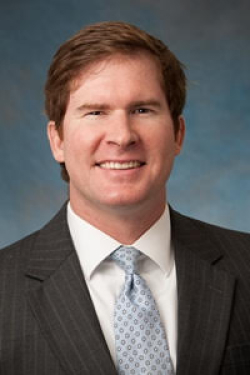 JEFF CLOSE is a partner in the firm whose areas of practice include railroad and maritime defense, construction, environmental, and general commercial law. He has also litigated cases under a variety of federal and state statutes, including the Americans with Disabilities Act, the Fair Labor Standards Act, Title VII of the Civil Rights Act, Section 1983, the Florida Deceptive and Unfair Trade Practices Act, and various environmental and competitive procurement laws, among others. He has tried and otherwise seen numerous cases to favorable verdict or final disposition and successfully guided clients through a wide variety of complex disputes and transactions.In addition to his years of experience in the law firm setting, Mr. Close has also maintained his own solo practice, where he represented clients ranging from large developers and contractors to small businesses, families, and individuals. Mr. Close also has considerable experience in the public sector, having served as Assistant General Counsel at both the City of Jacksonville and the Florida Department of Environmental Protection.

Mr. Close has been published twice in the Florida Bar Journal and given a number of guest lectures at law schools within the state. While in law school, he was awarded first place in the statewide Dean Frank E. Maloney Student Writing Competition (sponsored by the Florida Bar) and recognized on numerous occasions, both as a Dean’s Scholar and with multiple book awards. Mr. Close is a past-President of the Northeast Florida Association of Environmental Professionals and a Barrister in the Chester Bedell Inn of Court.

Jeff and his wife Caroline live with their family in the San Marco area of Jacksonville. Jeff is an avid outdoorsman and an active member of All Saints Episcopal Church, where he currently serves on the vestry.