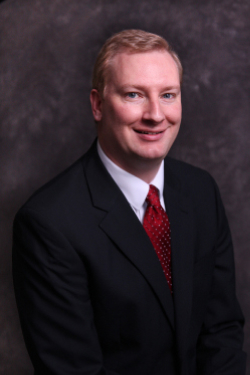 C. RYAN ESLINGER is a Partner and Shareholder of the Firm. Mr. Eslinger is a 2000 graduate of the University of Maine in Orono, Maine. He obtained his Juris Doctorate with High Honors in 2002 from Florida Coastal School of Law, where he served as the Editor-in-Chief of the Florida Coastal Law Journal and the Moot Court Vice-President.

Mr. Eslinger is licensed to practice in Florida (2003), Maine (2004), the United States Supreme Court (2006), the U.S. Court of Appeals, Eleventh Circuit (2005) and all of the U.S. Districts Courts in Florida. He is a member of The Florida Bar, The Maine Bar, the American Bar Association, the Jacksonville Bar Association, the National Association of Railroad Trial Counsel, and the Southeastern Admiralty Law Institute. He is a Proctor in the Maritime Law Association and has previously served as the Chair of The Florida Bar’s Admiralty Law Certification Committee. He was also the Chair of The Florida Bar’s Admiralty Law Committee during 2016-2017. During his term as Chair, the Committee was successful in publishing the Fifth Edition of Maritime Law and Practice. Mr. Eslinger was on the Steering Committee for that publication and is the author of Chapter 5: Maritime Workers’ Compensation. Mr. Eslinger was also selected as the Chair of the Steering Committee for the 6th Edition of the publication, which was published in 2019. In addition to having overall responsibility for the publication of the book by the maritime practitioners of Florida, he again authored Chapter 5 of that publication.

Mr. Eslinger holds an “AV Preeminent” Peer Review rating (the highest rating possible) from Martindale-Hubbell, the world’s oldest attorney rating system in recognition of his highly regarded legal skills and professional ethics. In 2020, he was selected as a Super Lawyer by Super Lawyers of Florida, having previously been named a Rising Star by Super Lawyers in every year from 2012-2017. He holds a 10 out of 10 rating from avvo.com.

Mr. Eslinger joined the firm after serving as a judicial law clerk for the Circuit Court, Seventh Judicial Circuit, working primarily in Putnam County. His practice now involves all aspects of general civil litigation for both plaintiffs and defense, including railroad, maritime, trucking and transportation, construction, personal injury, probate and commercial litigation. Additionally, he has appellate experience in all of the Florida District Courts of Appeals and the Florida Supreme Court.

He and his wife, Erica live in the Mandarin area of Jacksonville with their two sons.